In a foreign land 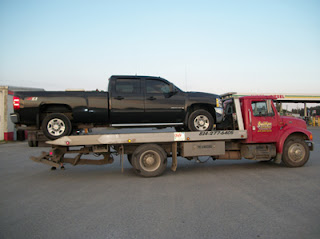 We reach you from a foreign land but hope that our signal will still make it all the way to you. Last time we posted from New Brunswick just before we drove south to the United States. As we had expected, there were no problems whatsoever at the border, the border guy was actually very nice.

We have to say, these Americans really know how to welcome travelers. In the first town we came through, they had put flags on every single hydro pole and most of the houses to show us, just how much they love to have us. Now, they did that for us but may not do it for just anybody. We don't know for sure. So if you ever come to the United States and the flags are not up, don't be disappointing. It's nothing personal, they might not know you, is all.

André and Sue visited with some friends in Massachusetts and they came to our fifth wheel to check it out. They are very nice and Roni even brought us a new toy as a gift. We only saw them a few times for short periods, most of the time André and Sue were out with them. But we had a great time having the fifth wheel to ourselves most of the time. Then we continued and last night we even had it to ourselves all night long! We were wondering what the kids were up to, staying out all night but now they are back.

Just the place we're staying at is so different from what we're used to: there are a lot of really big trucks coming and going at all times of the day and night. Some of them stayed for several hours with their engines running but never leaving. And someone came and loaded our truck onto another one and took it away. What is that all about? André and Sue keep talking about some garage and boon-docking here till Monday. We'd rather move on but have no clue how to do that without our truck. We will let you know what's going on and what the two have done now to get us stranded, as soon as we find out.

Posted by Hunter and Trapper at 5:21 PM