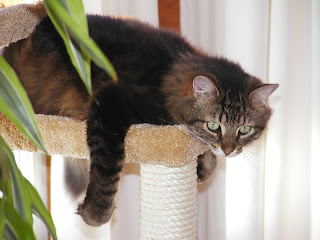 Once upon a time jewelry used to be for women, or so we've heard. And tattoos were for bad guys in jail or motorcycle gangs. We have to tell you though, this seems no longer to be the case. How do we know? Well here in Florida it is so warm, and we absolutely love it, that just about everybody is dressed in T-shirts and shorts. Many guys also wear tank-shirts and many women spaghetti-strap shirts which expose tattoos. Jewelry is supposed to be seen anyways so it is not hard to spot guys with necklaces, bracelets, rings and even ear-studs. We, too have some necklaces. As a matter of fact we each have two of them since Sue bought us a new one about a month ago.

That's right, we now each have one with a pendant that has our respective names on one and Sue's Canadian phone number on the other side and one with our names and Sue's US phone number both on the same side. If I recall correctly we explained that to you in an earlier blog. The second pendant became necessary because Sue for some reason has a different phone and phone number here in the US. We think it has something to do with roaming although we can't figure out how her phone would wander off. It's a thing not a being and we have never seen it move all by itself. Anyways, it seems to be perfectly normal for guys to wear necklaces, André has one too.

He also has two tattoos, a bracelet and an ear-stud and while tattoos and bracelets seem to be fairly common, he is the only guy we know who has had his ear pierced. It looks good on him though, we have to give him that, and somehow he can carry it off. Sue has had her ears pierced which is common in women but she also has a tattoo, something one doesn't see so often. Would you ever get an ear-ring or a tattoo, Hunter?

Are you nuts?! Why, for crying out loud - literally - would one go through all the pain to get poked with needles? Sometime we can only shake our heads. Besides who would see a tattoo under all our fur? You are not seriously suggesting to first get one and then have to constantly shave our coat for it to be visible? We would look just ridiculous. And we both dislike needles. Let's stick with our necklaces and leave other jewelry and tattoos to the humans.

Agreed, and we are so good-looking that wearing all that stuff would actually take away from our stunning looks. Let's forget about it and go play-fighting for a while and then we should be entitled to some treats for writing this blog.

Posted by Hunter and Trapper at 10:55 AM